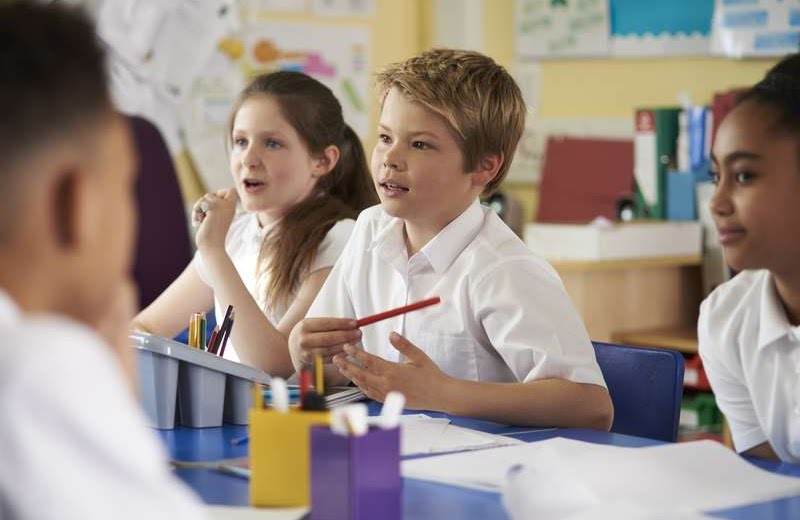 How to begin linking and embedding your core and foundation curriculum through your Primary Modern Foreign Language teaching.

Does your core and foundation curriculum feel a trifle squeezed? Are you looking for ways to increase links to other subjects, or even embed your core and/or foundation curriculum in other subjects? Do not overlook your Primary Modern Foreign Language teaching. All languages have grammar, syntax, and punctuation. All modern cultures and languages can be used to teach persuasive language, advertisements, letter formats, reports etc. Admittedly this is a little more challenging for those schools who have opted for teaching Latin, though fun made-up advertisements can be created by Latin specialists to enliven both Primary Latin and Roman history teaching. Your modern foreign language, and in particular your Primary French and Spanish teaching, can also be used by specialist and non-specialist language KS2/3 teachers, to teach content for other subjects, using our unique "learn as you teach approach".

Differences between, making links, CLIL (Content Led Immersion Learning) and our very own "learn as you teach" approach.

Straightforward links to other curriculum subjects both from and to your MFL teaching content can be made in a number of ways. Here are some examples:
(i) Adding, subtracting numbers in your French or Spanish lesson to link with your numeracy or vice versa, concluding a numeracy lesson on addition/subtraction with a fun activity encouraging pupils to add/subtract in their modern foreign language; (ii) Pupils may be taught in a modern foreign language lesson to list some nouns they are learning and reminded about using commas. Similarly children forming simple sentences may be encouraged to use/learn a few subordinating conjunctions in their modern foreign language and again be reminded of how they have been using them in literacy. (iii) Pupils in geography may be begin learning about a region or other physical aspects of the country whose modern foreign language they are studying.

It is often assumed that after making "links" from your Modern Foreign Language with another subject area, the next step is CLIL. Broadly speaking CLIL is teaching another subject or subjects in your Modern Foreign Language. It is a lot more difficult to do this in Ancient Languages as the modern vocabulary subject register often has no equivalent in the Ancient Language. CLIL usually involves quite creative lesson planning and has been successfully undertaken by some secondary schools in the UK and of course Wales. The obstacles for KS2/3 Key Stages are often a lack of suitable expertise to make this a viable option for many schools - though the creative, integrated nature of the planning, is still not without it's appeal.

Learn as you teach:

What if there were a third option - a way of retaining the seductive appeal of creative, integrated modern foreign language lesson planning to introduce and partially teach the content of other subject areas, in a way that does not put said lesson planning or delivery beyond the capabilities of the non-specialist language KS2/3 teacher, teaching assistant or home educator? The solution is to ring fence the content of the modern language in the lesson, so as to ensure children have the necessary language, or can be reasonably taught the necessary language, to access the content material for the other subject. It goes without saying that children may need to engage in more straightforward modern foreign language lessons, in order to build up the necessary language, for the more integrated lesson aimed, at least partially, at introducing other subject content. However, I would add, that it is not necessary to go that far, before it is possible to turn potential "links" to another subject area into something considerably more substantial. How does a non-specialist modern language KS2/3 teacher, home educator, or Higher Teaching Assistant, set about providing such a learning sequence? The solution is that they must be provided with all the planning and material needed to deliver the sequence, in a transparent and visual manner, such that they may make this learning journey alongside the pupils they are teaching. This is the passion, and admittedly "quite sad" dream that has become the driving force behind our "learn as you teach" materials - to enable the delivery of highly creative, relevant, French and Spanish curriculum by anyone; to effectively empower both presenters and children to use their modern language learning for real purpose.

Forging links and merging MFL with other subjects - some examples.

Last year I was showing our Level 1 beginner materials to a newly appointed head teacher of a primary school. When we reached the last "Wider World" Summer 2 unit and were looking at the teaching of the UK map and its capitals, she commented that she doubted her children would be able to name all the capitals in English. This set me thinking, the six lessons in the unit actually begin with UK countries, France, Spain and their capitals. Identifying the countries on a map and locating their capitals is a very real part of the KS2 Geography syllabus, as well as being a necessary addition to the Modern Foreign Language syllabus. It is an example of two subjects being taught together with relative ease and little Modern Foreign Language content. Through our Level 2 "Out and About" Spring 2, French Unit, after a year of laying down some foundations in the language, we have been able to forge a more integrated series of lessons. The first three lessons dealing with different types of accommodation, some physical surroundings and opinions about what it is like to live in the town or country. The next two lessons focus on introducing the map, and region of Brittany in France, as well as locating towns and using compass points. The language content being drawn, not only from earlier language learning in the unit, but also from simple structures, initially introduced in the earlier level, and subsequently revised. The final lesson addresses the national curriculum requirement for learning a traditional song, selected for the links that could be made to our earlier Geography topic as well as the new grammar being introduced in the unit.

Numbers, time, shape, weight, money, giving change, shop and café scenarios are all key areas of the Maths curriculum that are also fundamental to a progressive Modern Foreign Language curriculum. Whilst these may have been or are already being explored as part of your Modern Foreign Language curriculum, they can be further exploited to lend, not only additional support for this Maths teaching, but also, on occasion, a different perspective that children can find helpful. For example, I was once approached by a year 6 pupil who said to me, "Oh Miss, I have never been able to tell the time but now I get it!" This was after a series of lessons on telling the time in French. French like Spanish express time differently. The "to" and "past" that many children find hard to grasp are expressed as being subtracted and added in many other European languages, including French and Spanish. I would add that she also probably benefitted from the lack of pressure to drive through a detailed National Curriculum Maths syllabus in our more relaxed foundation subject French lesson. We were at liberty to begin again starting with "o'clocks" in one lesson and moving onto half-past the hour in the next. We were also able to engage in good Modern Foreign Language teaching practice, which rarely passes without a liberal sprinkling of actions, choral repetition, visual aids, and other engaging activities.

Forging more substantial links and engaging in more integrated lesson planning, can begin quite early on in the Modern Language learning process through the use of songs to learn both nouns and simple structures. Simply put, music, both traditional to the country being studied, as well as familiar songs or rhymes already known to the children can be re-worked to set, whatever the focus of learning in the modern language may be in terms of vocabulary and structures, to music children already know. This can even be expanded further, in music lessons, to encourage children to compose percussive raps, to which they may set their most recent learning in their Modern Language. Our initial Level 1 About Ourselves units are filled with great examples of simple, familiar and traditional music being used to teach those early phrases, structures and vocabulary. They are also available to trial FREE for both schools, and home educators. Just contact us to provide us with an email to which we may send an encrypted link to download the resources and also to specify which language is of interest.

To conclude, it is not only possible to draw other subject content into your Modern Foreign Language curriculum, but highly desirable, as children are often afforded the possibility of re-visiting subject content, in a more creative manner and at a slower pace. It makes Modern Language learning more relevant and motivating as they are afforded simple structures to describe their learning of other subject material. Pupils and teachers also find this more integrated approach to learning a Modern Language more rewarding. Once begun, this kind of language learning journey through the breadth of KS2/3 can and does lead to "outstanding practice" where pupils are afforded greater independence to express both their learning and interests from other subject areas.

Just click our resources icon below to review our units, their links to other subjects and exciting FREEBIES! Enjoy :